Led by Friends of Hurricane’s Mary Jean Bland, a group of 14 people were on the summit at 9 for the ceremonial lighting, which is meant to  highlight the important role fire towers and their observers played in saving the Adirondack Wilderness.

AJ Longware, whose parents spearheaded the effort to save the tower, along with her husband Brad Caldwell, joined in the festivities.

Mary Jean used a standard Coleman camping lantern, 1,000 lumens, and hung it from a chain in the center of the cab.  (It took quite a few matches to light the lantern in the famous Hurricane wind.)    The light could be seen for miles around.  Families and neighbors gathered to watch the half-hour show, and were treated to a wonderful starry sky as well.  Some watchers reported seeing headlamps of hikers working their way up, and then down, the mountain.

Mary Jean and photographer Carl Heilman II wrapped up their assignments just before midnight, after a 3.4 mile hike down in the dark! 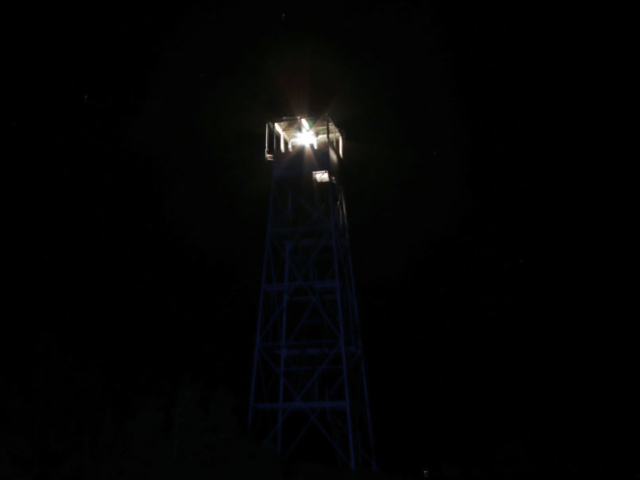 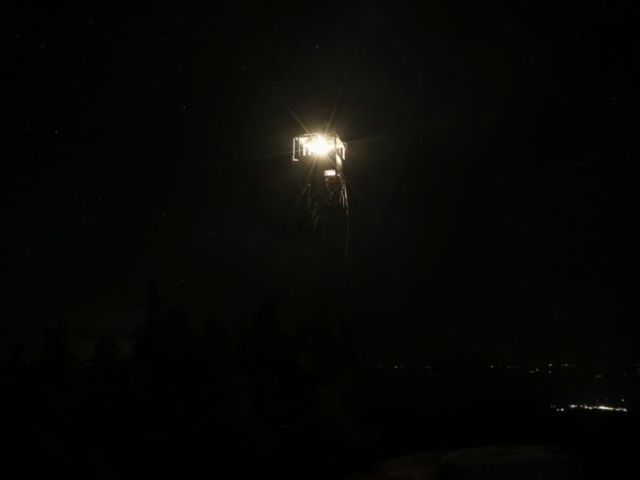 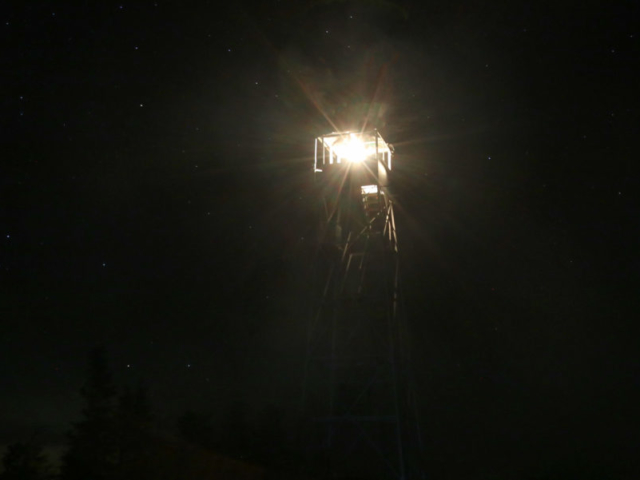 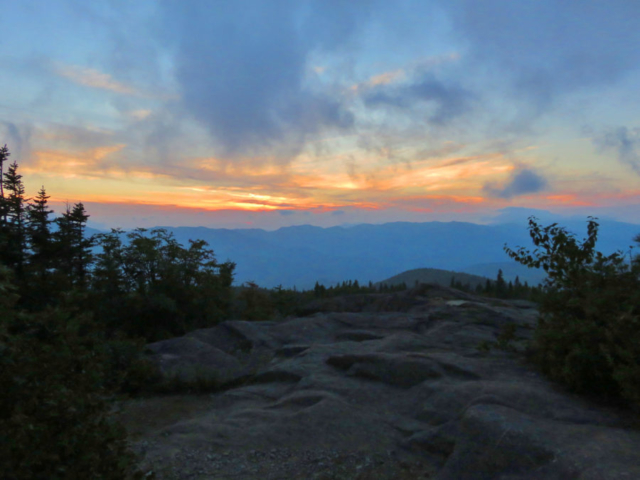 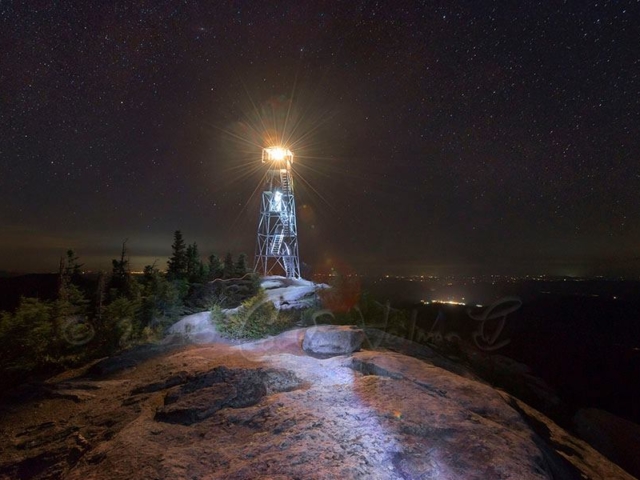