The goal of the Friends of Hurricane Mountain Fire Tower is to protect and preserve the tower for the enjoyment of future generations.  In the years since the tower was decommissioned in 1973, the tower has faced two primary challenges – disrepair and pressure to remove the tower completely. 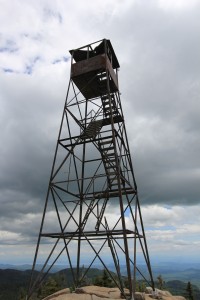 The tower before – notice the hole in roof and removed lower stairs.

Beginning in the 1990s public support was growing across the Adirondacks to save and restore fire towers.  What makes the Hurricane Fire Tower particularly unique as compared to other towers is it location within a “primitive” designated land.  This meant that the tower was not regularly maintained by the state and eventually was slated for removal.

We believe that the fire tower is a unique historic treasure and should remain standing for future generations.  Further evidence of its historical significance was demonstrated when in June 2007, the Hurricane Tower was listed on the National Register of Historic Places.

Despite the historical listing, the tower was not safe from removal.  According to the state master plan, structures cannot remain in “wilderness” regions of the Adirondacks.  Therefore after public and private debates, in 2010 the state classified the land at the base of the tower as historic, allowing the fire tower to remain standing.

The 1/4 acre of land surrounding the base of tower was reclassified as historic.  This was a milestone towards eventual restoration, but many challenges remained – primarily the tower needed significant work.  Public meetings continued to help develop a plan.

The Hurricane Fire Tower is now open to the public!  The DEC coordinated efforts to drop materials on the top of the mountain for repairs.  Volunteers also carried materials to the top and helped complete repairs to the stairs, which have now been replaced and fenced.   The roof will be repaired in 2016.  Under the direction of the DEC, the Friends of Hurricane Mountain will organize the development, printing and installation of interpretive materials. 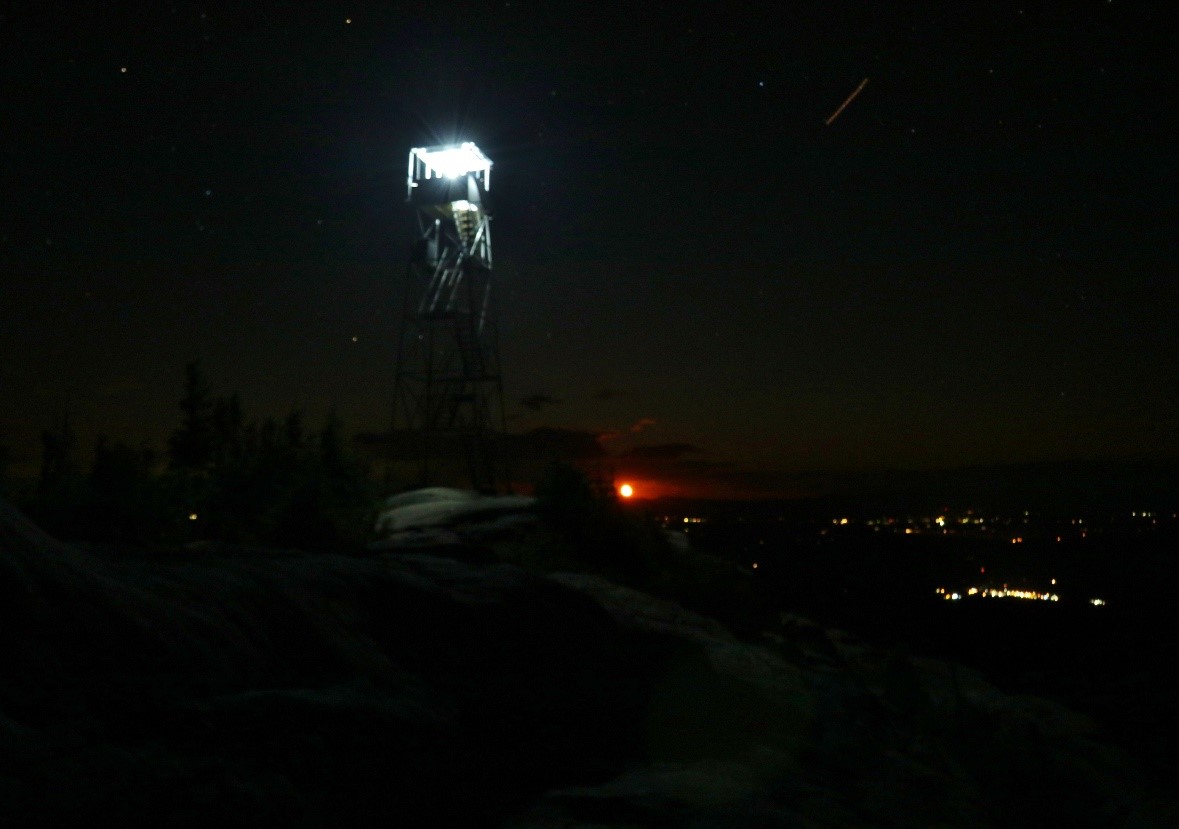